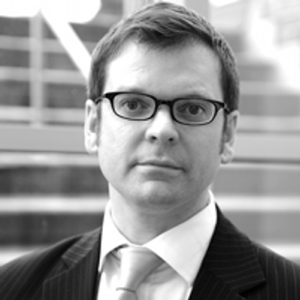 The dog had started putting on weight and so had I. After ditching the unhealthy snacks, I decided exercise was the only real answer for both of us, and so Millie and I started going running together. While jogging with Millie, our West Highland White Terrier, round the local park in Baswich one morning, it occurred to me that we should have some sort of goal – a race to enter, for example. Canicross is the sport of cross-country running with dogs, and it has become very popular in the UK in recent years. There are many organised and competitive events arranged throughout the country, so I searched online and found a 5k Dog Jog event on 9th September in Cannon Hill, Birmingham. It seemed like perfect short-term goal, with a view to building up to a full-blown canicross to raise money for charity in the future.

Of course, before embarking on any serious exercise regime, it’s always best to have a bit of a medical MOT, so I took Millie to the vet for a once over! The vet confirmed that our 5-year-old Westie could do with losing a few pounds, but otherwise very fit and healthy, he saw no reason why she shouldn’t jog along with me and train for the event.

We started the training in July. With Millie attached to a bungee lead fastened around my waist, we ran along the canal towpath near to home. 2.5k later, we were both in pretty good shape. Next we went out across Cannock Chase. Millie loved it, and each time we ran, we were slowly building up the distance.

Dogs make great running partners. They will adjust their pace to your pace, whether you are fast or slow, and they are totally reliable, as they are always keen to get out there. Just the sound of the lead has Millie waiting by the front door, tail wagging. Plus it’s exercise for me, combined with the daily dog walk – meaning I don’t have to go out twice. At OutserveWeb we’re all about efficiency and productivity, so this time-saving element makes me particularly happy!

Running with a dog isn’t without its difficulties though. If Millie sees something interesting to sniff along the way, she can come to a sudden halt, which has nearly caused me to trip over her on a few occasions. And then the other day, we had a bit of a Tom and Jerry moment when I ran one way round a lamppost and she ran the other way. She literally span round the lamp post and hit it with quite a force. The lead came off and, not surprisingly, she didn’t want it back on again after that. The next day though, she was raring to go again – so now we just give lamp posts a wide berth!

Dog jogs and canicross are suitable for almost any breed of dog – even Westies with their short legs. And I have to say, apart from the lamp post incident, it’s done Millie the world of good. Having had a weight problem beforehand, running has helped Millie to lose 20% of her body fat! The other benefit of this new venture is that it encouraged the kids to exercise too. My teenage daughter came out for a run with us the other day, obviously spurred on by the novelty of running with the dog.

Take a look at the Facebook Live video of us after our first ever training session along the canal.

Shopify is incredibly user-friendly and provides you with flexibility and control, therefore, ensuring that the inventory management matches the quality of the

Should You Integrate Xero and HubSpot?

Xero can integrate with Hubspot, helping to make your customer relationship management software even more intelligent. The joining of these two key

It’s never been more important to be up-to-date with your software. True to form, Xero has released more wonderful updates geared towards

everything's where you left it.

Cloud accounting tips to your inbox